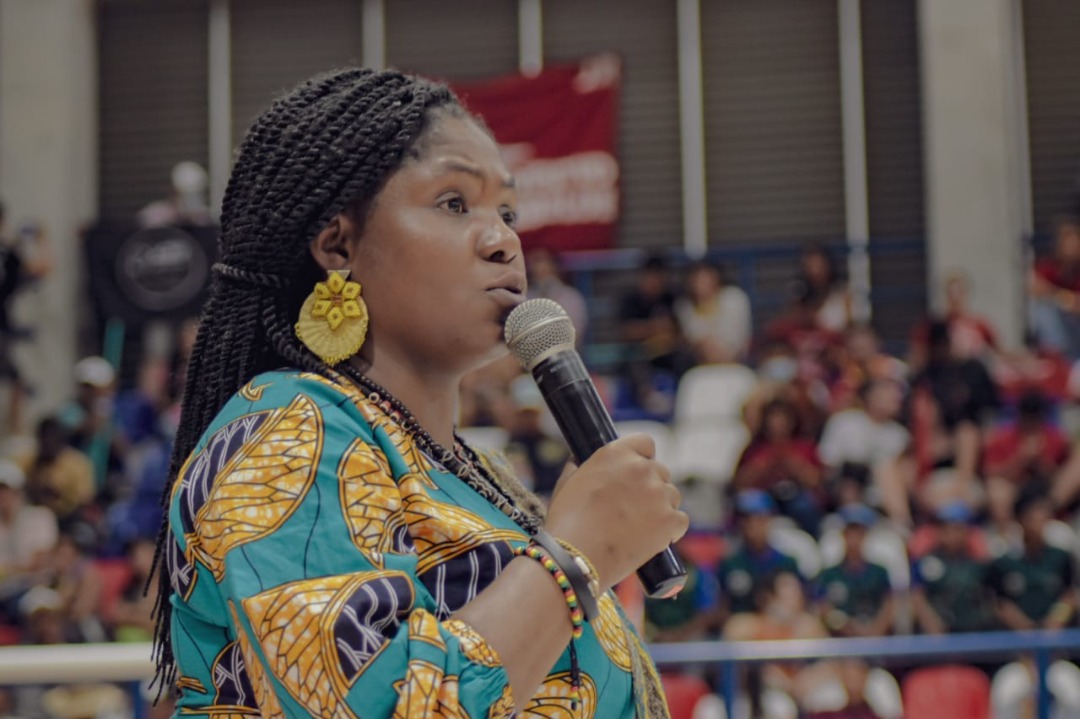 When Colombians elected their first leftist President ever, they also elected the country’s first Black Vice President: Francia Marquez, a single mother of two who worked as a maid. She first became an activist at 13, when construction of a dam threatened her community, and has employed Afro-Colombian music and dance as key elements of her cultural and political expression. As a young woman, Márquez became a local leader who took on the struggle for environmental and ancestral land rights, fighting and beating back incursions into La Toma by multi-national mining companies. She also educated farmers in her region on sustainable agricultural techniques and joined the national Afro-Colombian network to promote Afro-Colombian cultural and land rights.

A formidable leader of the Afro-Colombian community, Francia Márquez organized the women of La Toma and stopped illegal gold mining on their ancestral land. She exerted steady pressure on the Colombian government and spearheaded a 10-day, 350-mile march of 80 women to the nation’s capital, resulting in the removal of all illegal miners and equipment from her community. She is a fiery environmentalist.

Her victory marks a turning point in a country plagued by social inequalities and historically governed by conservative elites.