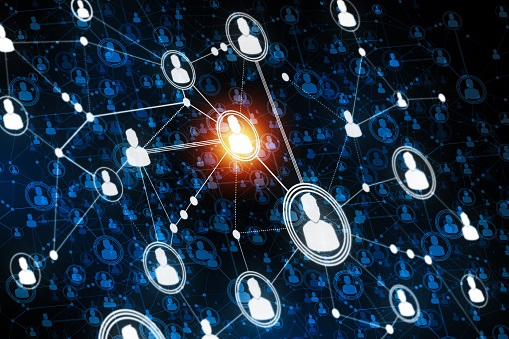 THE EVOLUTION OF THE NATIONAL CONVENTION OF BLACK CHAMBERS 1989 - 1993

January 1989 - Harry Alford is approached by Governor Evan Bayh’s administration to run the Minority Business Development Office for the State of Indiana. Reluctantly, he eventually agrees.

April – December 1989 - Alford reorganizes the MBD office. Begins monitoring Indiana Department of Transportation, Department of Commerce, goes on an exposure blitz and training program around the state, sells purchasing agents on an attitude adjustment. Miraculously, Minority Business Enterprise participation goes from 1% to 6%, a feat never nor since accomplished. Alford begins organizing MBE’s and starts networking with other state and national organizations. Minority businesses in Indiana work up into a frenzy. A “backlash” from the Indiana Department of Transportation and the Hoosier Lottery starts a major challenge to this new aura. Alford organizes the United Contractors Association of Indiana, Inc., a group of 30+ minority contractors. The UCAI meets with Governor Bayh in December 1989. The Indiana Department of Transportation gets enraged. The Governor promises to meet every 6 months with the contractors. He reneges and never meets with them again.

1990 – This year is full of fireworks. The Indianapolis Star begins an assault on Harry Alford. Writers Traub and Remondini go after Alford who aggressively defends his efforts and warns writers to cease the continuation of articles or have their “underlying goals” exposed to every Black newspaper in the Midwest and risk a strong backlash from the black community. The articles stop. Eventually, Pat Traub is hired by the Hoosier lottery. Currently, he is acting Deputy Director. Alford uncovers a reporting scam concerning MBE participation on the construction of the Indiana Government Center. The Indiana Board of Accounts begins an inquiry on Alford and periodic road stops by the Indiana State Police become routine. Alford dedicates the ‘90’s to minority business development. Incorporates the Hoosier Minority Chamber of Commerce. Announces in November that he will leave State office and run the HMCC no later than February 14, 1991 (his birthday).

1991 – HMCC opens office January 21. Membership grows to 400+ within 18 months. Alford begins admiring and emulating Parren J. Mitchell, retired U.S. Congressman and “Godfather of Minority Business”. State of Indiana refuses to address reporting scam on Indiana Government Center. Alford convinces UCAI to sue in federal court. Construction industry begins to address the need of viable participation of MBE’s. The fervor of the HMCC intimidates all pre-existing organizations. Alford begins a public relations program to assure them that the HMCC fills a void and is not a replacement. The Indiana State Chamber of Commerce establishes a dialogue with HMCC. The local Urban Leagues and NAACP chapters begin a close relationship.

1992 – The HMCC begins collaboration with other Black chambers throughout the nation. United Airlines Lines announces a $1 billion hub construction in Indianapolis. Alford begins espousing a national Black chamber office in Washington, D.C... He declares United Air Lines MBE program a “rouse”. United Airlines Lines with encouragement from a local clique begins a total adversarial relationship with the HMCC. It tells HMCC members they will not get work on the hub project and solicits denunciation letters against the HMCC and Alford – only one letter is ever written. Alford appeals to the Indiana Legislative Black Caucus (Black Democrats) and to the Businessmen for Good Government (Black Republicans) for a coalition to address the assault. Thus, the African American BiPartisan Group is formed. The African American BiPartisan Group comprised of the Concerned Clergy of Indianapolis, Urban League, 100 Black Men, HMCC, Legislative Black Caucus, and Business for Good Government, UCAI, Operation Push, Indiana Black Expo, and Center Township Trustee, Inter Denominational Ministerial Alliance and other dedicated Black citizens and groups takes United Air Lines to task.

February 1993 – Agreement with the African American BiPartisan Group and United Air Lines is negotiated by the city of Indianapolis. UAL agrees to all issues raised by the African American BiPartisian Group. Victory is won!! Elated Black contractors procure and begin renovating a new building headquarters for the HMCC. Alford asks Black chamber to come together under a mission of a National Black Business Agenda. Dallas and Oakland chambers refuse. Eventually, two conventions are announced: Indianapolis for the unveiling of the National Black Business Agenda and Dallas for a theme of returning to past principles. On May 17th, 1993, the National Black Chamber of Commerce is incorporated in Washington D.C. June 17th, 1993, the National Convention of Black Chambers kicks off a new era: the economic empowerment of Black communities moves forward.

“IF THERE IS NO STRUGGLE, THERE IS NO PROGRESS. THOSE WHO PROFESS TO FAVOR FREEDOM, YET DEPRECIATE AGITATION, ARE MEN WHO WANT CROPS WITHOUT PLOWING UP THE GROUND. THEY WANT RAIN WITHOUT THUNDER AND LIGHTNING. THEY WANT THE OCEAN WITHOUT THE AWFUL ROAR OF ITS MANY WATERS. THIS STRUGGLE MAY BE A MORAL ONE; OR IT MAY BE A PHYSICAL ONE; OR IT MAY BE BOTH MORAL AND PHYSICAL; BUT IT MUST BE A STRUGGLE. POWER CONCEDES NOTHING WITHOUT A DEMAND. IT NEVER HAS AND NEVER WILL… MEN MAY NOT GET ALL THEY PAY FOR IN THIS WORLD; BUT THEY MUST CERTAINLY PAY FOR ALL THEY GET.” - FREDRICK DOUGLASS (born a slave, died free!)